The Loss of the Night app is two years old!

April 22 is the second anniversary of the Loss of the Night app! Since that time, tens of thousands of people have installed the app on their phone, and thousands of those people have used the app to make at least one observation of the night sky. Here are some statistics from the first two years (for data up to April 18):

20,170 individual observations have been submitted from 9,825 unique devices from around the world (see map below). This number includes "demo mode" cases when people are just testing the app, and observations with clouds and sunlight or moonlight. Most devices have only ever observed once, but over 100 people have submitted ten or more observations.

In the first few months, only about 10% of the submitted observations were suitable for analysis (no clouds, moonlight, twilight, and at least seven stars observed). This fraction has steadily increased over time, and is now close to 30% of the observations submitted. The number of good observations per month is also climbing, but slowly. The more participants we have, the quicker we'll be able to measure the average change in sky brightness worldwide, so tell your friends about the app!

Citizen scientists have searched for a total of 30,323 stars (under nighttime conditions). The star most commonly searched for so far is Capella (694 times), followed by Vega (593x) and Altair (554x). Since the new version was released, many of you are now submitting more than the minimum seven stars. We really appreciate it, because observing more stars leads to a more precise result.

The mean time to observe a star is 34 seconds, but the most frequently occurring time needed to make a decision is 11-15 seconds. Your data help us understand which are the "best" stars for us to ask you to look for. I hope that we will do one last update to the app's "star selection algorithm" in the next year or two, so the more stars you observe, the more you'll improve the app.

In addition to the naked eye observations which are the main purpose of the app, citizen scientists have also used the app to submitt 239 observations taken with Sky Quality Meters under nighttime conditions. Of these, 188 of which were taken with with no cloud cover.

Thank you to everyone who has taken part in this project to measure how Earth's night sky is changing. It wouldn't be possible without you! The next moon-free observing period starts around May 7. If you don't yet have the app, here are the links for downloading it for Android and iOS. 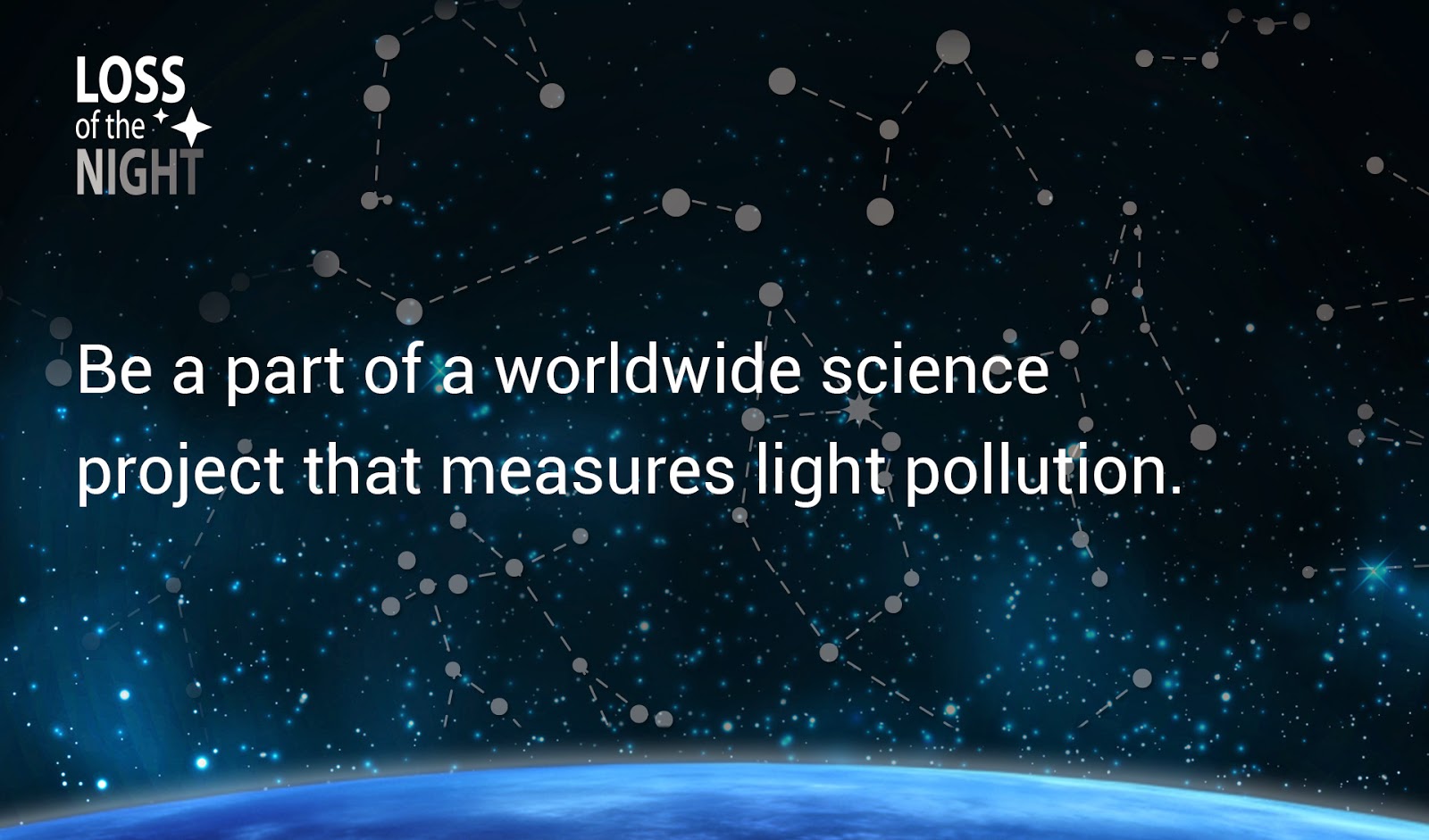 Posted by Christopher Kyba at 12:00 AM No comments:

Users at high latitudes (like Germany) may have noticed today that the app crashed after it acquired a GPS signal. The bug was caused by an expectation that the "next good time" to observe should be within 30 days, but during the summer at high latitudes the twilight extends past the time we thought people would be interested in observing.

The bug has been fixed, and in the next few hours the update should be available in the Play and App stores. We didn't notice the bug in testing, because our testing took place after the midsummer twilight was over last year.

Observers in Germany that are willing to stay up past midnight are able to observe from about May 7-18. If you live at a lower latitude, the bug probably didn't affect your phone.
Posted by Christopher Kyba at 12:29 PM No comments: