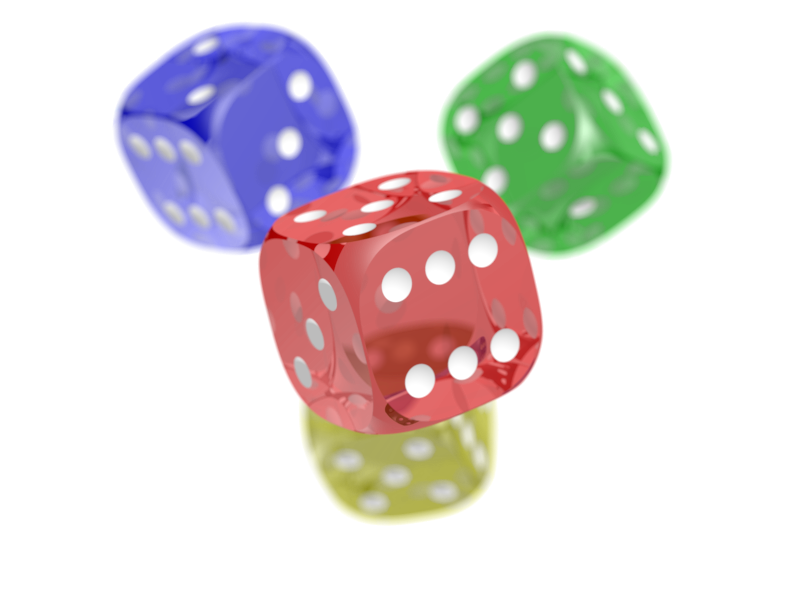 I was recently wondering about how good or bad humans are at choosing a single random number, and after a bit of googling I found out the answer was a bit different from what I expected (I'll do an update about it later). That in turn inspired me to try an experiment that's a bit different from the usual "think of a number between 1 and N".


To get a statistically significant result, we will likely need several hundred people to take part, so please share the link to this post with your friends, and then check back again in a week or so.
Posted by Christopher Kyba at 4:53 AM No comments:

View from your app - architectural lighting in Berlin

If you've ever taken a bus past Alexanderplatz in Berlin at night, you probably wondered what the blindingly bright lights along the side of the train station were for:


The lights are bright enough to hurt your eyes, and as you can see in the two photos above, their glare makes it much more difficult to see the people who are approaching you. From the side, it looks painful and awful, and unless you get off the bus and stand directly perpendicular to the lights you'll never figure out what the lights are for. Here it is:


It's pretty! Unfortunately, almost no one ever appreciates this view, because there is literally no reason to go to the place I was standing other than to take that photo. Take a look at the map below. Nearly everyone experiencing these lights walks between the "Berlin Alexanderplatz" marker to the "S+U Alexanderplatz..." marker, and only sees the bad view shown above. To see the nice view, you've got to cozy up with the construction site:

This is architectural lighting at its very worst! It painfully unpleasant to look at from the most common viewing angle of passers-by, and is directly subverting the goal of nearby public lighting: to improve visibility at night.

As a counter-example, check out this building on Friedrichstraße:


Very cool! Different, distinctive, attractive, and with relatively low luminance. Unfortunately, it seems like there wasn't a single lighting plan for the building... A blindingly bright white Marquee at the base of the building entirely spoils the effect that the lighting designer was going for:


One thing I think is interesting about this photo is you can see just how brightly the tower is lit - the full moon appears very modest in comparison. The TV tower is always far more interestingly lit during Berlin's festival of lights, and I have the feeling that it's also far more modestly lit during the festival.

Here's an example of what I call "shine a floodlamp approximately in the direction of the building", the Kirche am Sudstern:


The photo was taken from our research aircraft, and shows what a large fraction of light is wasted when architectural lighting is not done carefully. The ironic thing about badly floodlit churches is that in rural Europe the village church is often the most important source of skyglow for a large region. So the poorly designed lighting actually prevents people from seeing the Godly splendor of the night sky! European churches usually have stained glass windows, and every time I see a badly floodlit church I imagine how much more attractive it would be if the church was completely unlit other than a colorful glow from behind the stained glass.

Of course, it is possible to direct floodlights carefully, as this photo of the Berlin Cathedral shows:


From the air, Berlin Cathedral doesn't look like much, but from the ground it's spectacular:


The difference between the Cathedral and the Kirche am Sudstern above is that instead of just floodlighting the entire building, the lighting designer for the Cathedral chose to highlight certain elements by using a large number of smaller, more focused floodlights. The lighting is still not ideal, however, both because it's quite a bit brighter than necessary and because from the ground level a significant amount of light blinds you when you are looking away from the Cathedral (towards the flood lights:


Right next to Berlin Cathedral is another more attractively lit building, the Altes Museum:


Unfortunately, I didn't have a tripod, so my photo doesn't do it justice. The great thing about the Altes Museum is that the lamps are totally invisible to the public. There's no glare, and the amount of light emitted to the sky is very reduced compared to many designs.

Finally, we come to the Brandenburg Gate:

Now to be fair, in big cities architectural lighting is way down on the list of sources of light pollution. Nevertheless, I think that people interested in lighting their buildings have a social responsibility to ensure that their installations do not affect public safety by reducing visibility, that they make a serious effort to limit stray light, and that they light the building modestly in order to avoid wasting energy.

If you want to reduce light pollution, the most important thing to get right is street lighting. By coincidence, while I was out taking some of the photos above I snapped these examples of some truly awful "decorative" street lamps (filled with dead bugs) on Unter den Linden:

The moon makes an appearance again in the 2nd photo. For comparison, check out these examples of recently installed excellent decorative street lighting from Spain.
Posted by Christopher Kyba at 2:54 PM No comments:

Loss of the Night app now available in 11 languages!

I'm very happy to announce that we have released a new version of the Loss of the Night app with expanded language support! The app can now be used in Arabic, Catalan, Chinese, English, French, German, Italian, Japanese, Polish, Romanian, and Spanish! You can read more about it in our press release.

Now we need your help to get the word out!  If you have a friend that speaks one of those languages, please pass them the link to the app, and ask them to promote it in their language using social media. You can also help us find new users worldwide by giving the app a good rating in the play store and leaving a positive comment in your own language.

We would like to publicly recognize the considerable amount of work done by the following volunteer translators:

Thanks to all of you for helping make this a truly international project!

Note: The next measurement period starts tonight, although there will only be a window of an hour or so to make a measurement because of the rising nearly full moon. By December 25, it will be possible to take measurements right up until midnight. The current measurement period will last until about January 4.
Posted by Christopher Kyba at 2:20 AM No comments: