Announcing the "International Nights of Skyglow Observation" in 2015

In many areas of the world, the Milky Way is no longer visible, due to waste light emitted from cities. This "skyglow" represents a great deal of lost energy, and is in a large part due to poorly designed or incorrectly installed light fixtures. For the last century, skyglow has increased dramatically year after year, but with the development of new lighting technologies and laws regulating light emission, it seems possible that skyglow could actually be reduced in the future - without turning all the lights off. Because skyglow may be having important effects on ecology, scientists want to track how it is changing. One of the best ways to do this is through citizen science.

While it is possible to take citizen science data about skyglow all year round, such data is easiest for scientists to analyze if it is taken in a burst around the same time each year.  Therefore, two "International Nights of Skyglow Observation" are being established as a part of the International Year of Light. Citizen scientists from around the world will measure how bright the night sky is, and report their data either through the web (GLOBE at Night) or via their smartphone with the Loss of the Night (Android/iOS) or Dark Sky Meter (iOS) apps.

In addition, we expect that in several cities, "Flashmob for Science" events will be organized, where tens or hundreds of people come together to make observations at the exact same time and place. This will help us understand how measurements vary with different observers (and different phones).


If you want to hold a Flashmob for Science in your city, please read our guidelines for holding the event, and then get in touch with me.

To make the event a success, we need as many people to know about it as possible!  Please pass the dates and this link on to anyone you think might be interested (e.g. teachers, amateur astronomers, or jorunalists).

Posted by Christopher Kyba at 3:25 AM No comments:

One of the original testers* of the Loss of the Night app recently created this cool photo of star trails far from city lights in the Outback of Australia:


Andrew says that there was a great amount of green airglow visible on the night he made the photos. The image was originally published by the Planetary Society.


*I was very grateful for Andrew's help in testing the app in the Southern Hemisphere. It turned out that the first version we gave him to test asked him to look for the stars that were currently up in the sky... over Germany! So Andrew was left staring at his boots instead of up into the sky.

Posted by Christopher Kyba at 4:50 AM No comments:

The 9th period of GLOBE at Night's 2014 campaign begins tonight, and that means that Loss of the Night app observations are possible again as well. The current observation period lasts until September 24 (and several days later for our app, if you're willing to stay up until the moon sets).
Posted by Christopher Kyba at 6:10 AM No comments:

Can you see colors and read text under (full) moonlight? Yes!

If you look around the web for the answer to this question, you'll find a lot of conflicting information. A number of seemingly authoritative sources declare flat out that colors cannot be seen under moonlight, because the eye's cone cells are not active. The same sites also often mention that normal sized printed text cannot be read in moonlight, because the central fovea is packed with cones that won't be active. Both of these claims are false.

Since this is something that's really easy to test, there's no reason for this misconception to persist. All you have to do is wait for a night with a full moon, find a place outside that doesn't have any direct lamp light (e.g. a park), take something colorful with you (e.g. a children's book), and see if you can recognize the colors or not.

I did it last night, with Mr. Forgetful: 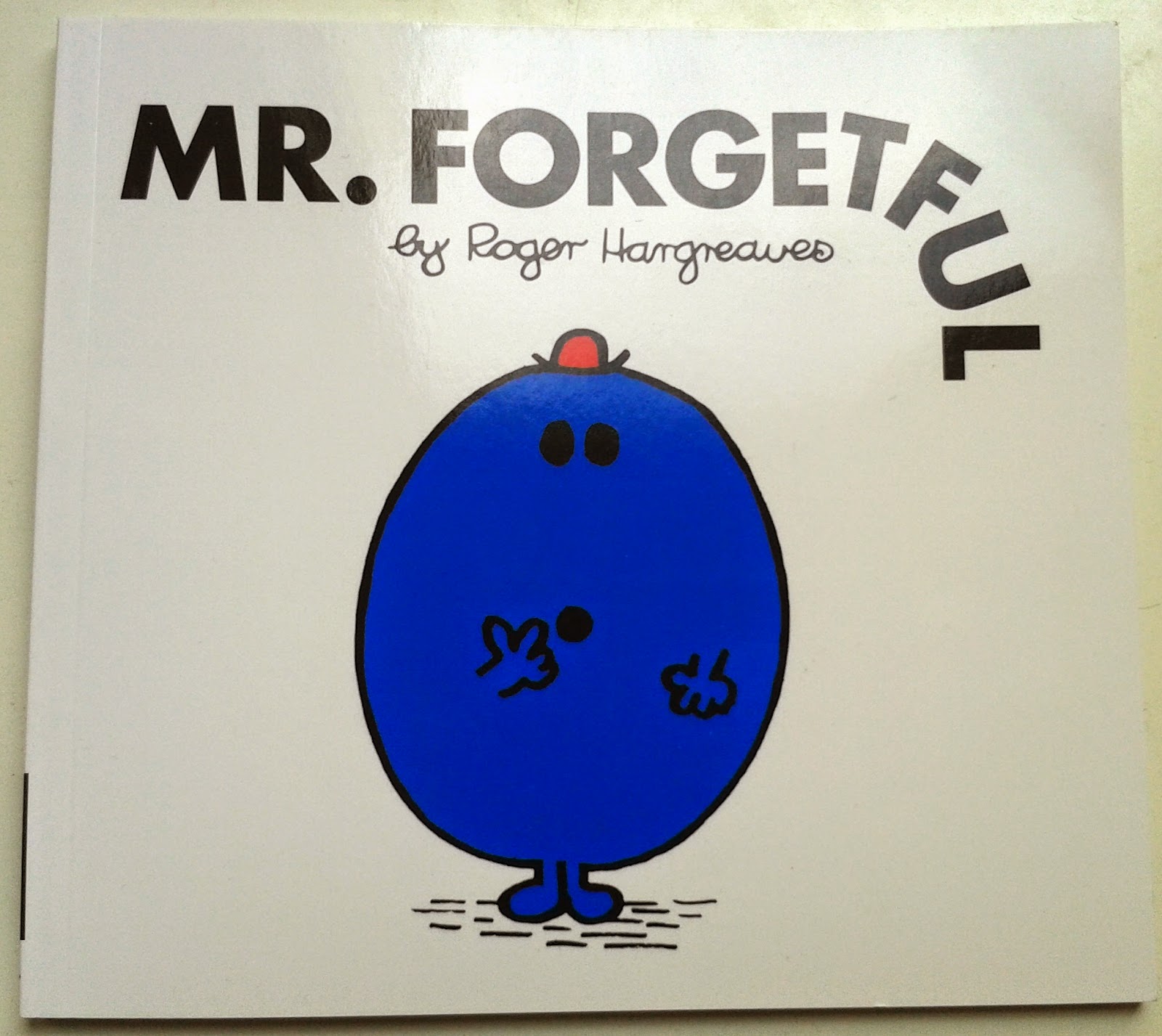 I found out the answer right away: I was able to distinguish the red hat and blue body not as different shades, but as "red" and "blue". I did have more trouble on some other pages. For example, on the page below I was pretty sure that the "grass" wasn't green, but I had no idea what color it was. When I went back inside I found out it was not actually grass, but brown dirt: 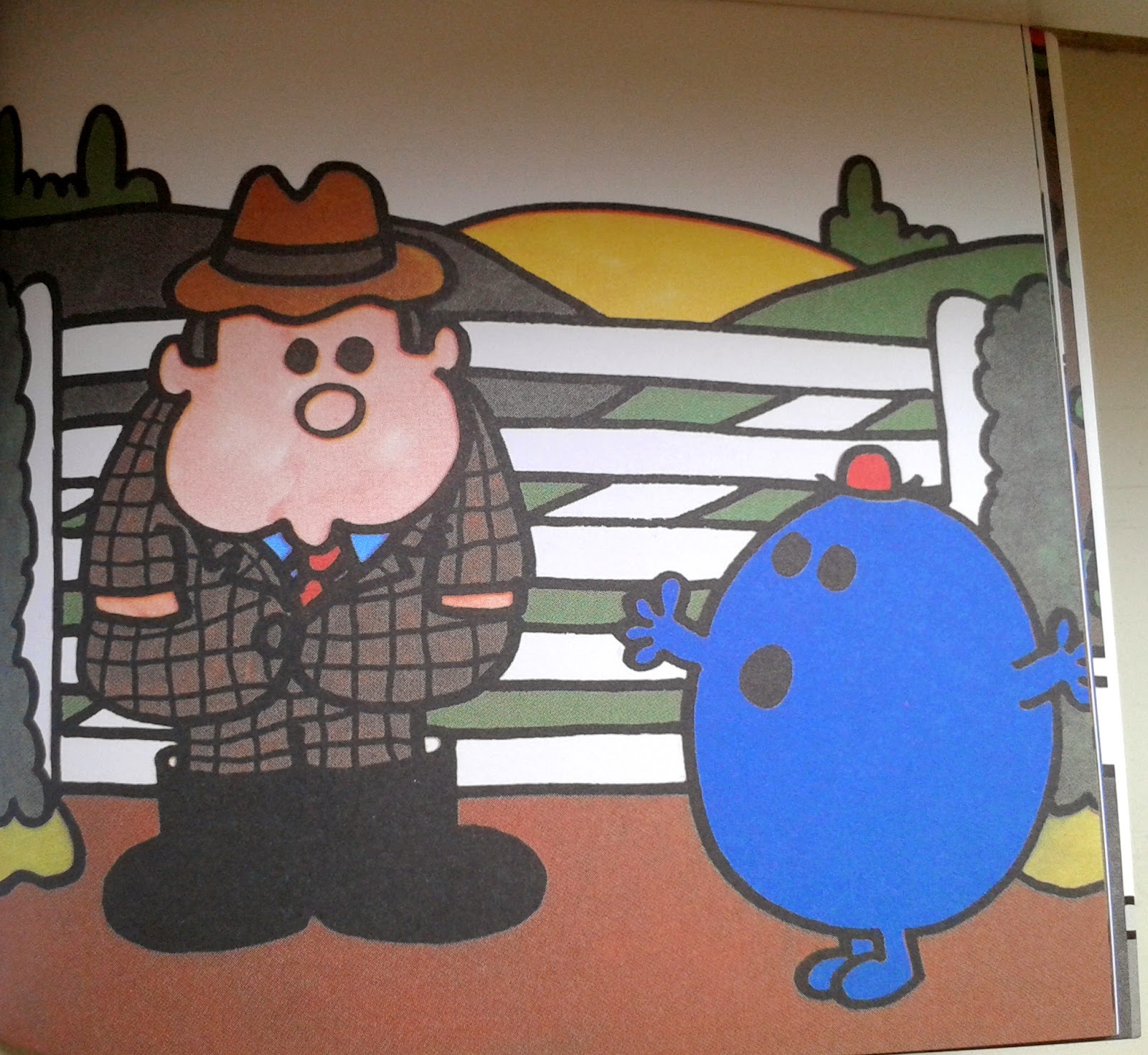 I also had no trouble at all reading the text, which is probably about 14 point font. I tried reading a text with a smaller font, and while I had a bit more difficulty, it was certainly still possible.

But please don't take my word on this! This is a science experiment that can be performed by anyone without vision impairment, so the next time there's a full moon, go out and try it yourself!


You might ask why any of this matters. It turns out that this actually came up one time in court! A witness claimed to have seen a red car under moonlight, and experts called to testify disputed the fact that such a feat was even possible. The case motivated some Australian researchers to do a controlled test. It turns out that certain colors are easier than others (red is the easiest), and the color of larger objects is easier to discern than smaller objects.

But there's another reason why it's important. The confusion online demonstrates the extent to which vision at night is poorly understood. It's almost certainly the case that lighting levels in our cities could be dramatically reduced without meaningful effects on visual performance. Doing so would save money, energy, might help people sleep better, and would bring many stars back to our urban skies. But how low can we go and still be able to see well on city streets? The world spends something close to 100 billion dollars per year on outdoor area lighting, so spending a few million to get the right answer could result in a massive payback in reduced electricity bills.
Posted by Christopher Kyba at 4:12 AM 1 comment:

Email ThisBlogThis!Share to TwitterShare to FacebookShare to Pinterest
Labels: moon

The harvest moon and lunar elevation

Tonight is the full moon, and since it's the moon closest to the autumnal equinox, it's the "Harvest Moon". I found a number of explanations of why it's called the harvest moon online (e.g. this one by Bob King), and everyone mentions the fact that for several days, the moon rises near the sunset time. The moon therefore allows people to bring in crops by moonlight, hence "harvest" moon. I'm not a historian, but I have a very strong suspicion that this is only a part of the story.


If you think back to a memory of walking through the country on an extremely bright moonlit night, the odds are very good that you'll be thinking of a snow-covered winter landscape. Snow of course makes the landscape much brighter, but full moons are also brighter in winter because the full moon rises much higher in winter than it does in summer. (A useful way to remember this is that the full moon always does the opposite of the sun: in summer it's low in the sky, and in the winter it's high).

But it's a bit more complicated in the spring and fall. At those times, the highest elevation moons are during either the first quarter (spring), or the third quarter (fall). Now here's where I think the "harvest" moon comes in. In the days shortly before the full moon in autumn, the moon sets shortly after midnight, and the landscape isn't particularly brightly illuminated because the moon doesn't rise very high in the sky (both of which are not so useful if you want to work all night). In contrast, the moon soars high in the sky in the days immediately after the full moon in autumn.

This year in Berlin, the moon on September 6 (3 days before the full moon) reaches only 24° above the horizon. On September 12 it's 47° above, and that makes the landscape about 78% brighter (if I accounted properly for the light absorbed and scattered by the atmosphere, it would increase that number even further).

I'd love to hear from a historian whether I'm right about the nighttime harvest taking place on the days after the full moon rather than before. If you anyone knows, or can find information about this from a reliable source on the Internet, please make a post in the comments.
Posted by Christopher Kyba at 6:25 AM No comments: