Have astronauts photographed your city at night?

Back in July, I blogged about a new portal that helps you find photos of cities at night, and three related citizen science projects. I have some astounding news about the project that I just needed to share!

Citizen scientists have completed the initial classification of over 130,000 images in the Dark Skies of ISS project. This projects sorts images taken at night on the international space station as to whether the picture contains either stars, cities, the astronauts, etc, and how sharp the image is. To avoid errors, each image was categorized by multiple participants, so that's probably over half a million classifications in less than half a year!

In the Lost at Night project, citizens apply their lay knowledge of local and international geography to identify which cities are in specific photographs. Every photo is again categorized multiple times, and this has resulted in the discovery of almost 2,500 images of cities that researchers like me didn't know existed. Images from cities like San Jose (shown below), and also from places less well known to Americans and Europeans, like Chennai, Inda, or Da Nang, Vietnam.


The citiesatnight team has released a preliminary set of these photos within a Google interface so that you can easily check if your city has been photographed. Please bear in mind that this is not a final product. If you find a city that has been misclassified, they would appreciate it if you would report it to them. Believe it or not, that link contains only the cities classified by citizen scientists. The Atlas of images put together by professional scientists and enthusiasts is actually smaller in terms of number of images, and I explained the best way to use it in July.

Finally, the citiesatnight team has also released seven examples of images that were georeferenced by volunteers. In the Night Cities project, participants match locations on the image with locations on Google Maps, allowing the photos to be overlaid on top of a map. A total of 128 cities have already been georeferenced.


The citiesatnight project has been an astonishing citizen science success story. The project was put together almost entirely through volunteer time, as far as I know it hasn't received any government financing. The International Dark-Sky Association recognized its leader Alejandro Sanchez de Miguel with an award this fall. If you know of other ways in which the project could be recognized, please nominate it!

Note to journalists and researchers: citiesatnight asks that you cite this paper if you use the images in your work.

Full disclosure: Alejandro is a close friend of mine. I played a limited role in the project, mainly by providing some minor advice and lots of encouragement.
Posted by Christopher Kyba at 2:15 PM No comments: Luciano Massetti, a colleague of mine from the Loss of the Night Network, recently took a series of photos in Florence that show trees near street lamps who's leaves still haven't fallen off:


At this year's Artificial Light at Night conference, Jonathan Bennie of Exeter University's Environmen and Sustainability Institute presented some intriguing data about a potential relationship between artificial light exposure and how early tree buds burst into leaves and how late leaves fall. His work, and related research by my IGB colleague Sibylle Schroer, isn't published yet, but it's starting to look like people's anecdotal observations that trees near street lamps behave differently isn't just a case of confirmation bias, it's a real phenomenon.

At this stage, there's very little information about which tree species are typically affected, or which types of lights have the strongest effect. Dr. Bennie is interested in pursuing this further, so if you've observed trees under lamps that are behaving differently than adjacent unlit trees, and if you are able to tell him the type of tree and type of lamp (e.g. high pressure sodium or LED), he'd like to hear from you. Photos of the effect are also useful, of course! You can find his contact information here.

If you liked this post, you might want to read the next one, which is about artificial light escaping from greenhouses at night. As always, if you have a photo related to artificial light that you'd like to share with the world, please send it to me along with your permission to publish it on the blog under a Creative Commons Attribution 4.0 International License as part of the "view from your app" photo series.

Update 1: @kylenano took these photos of a silver birch during the day and the night, so that you can see that it's the illuminated areas where the leaves are staying longer than they otherwise would.

Update 2: Stephen Rawlings took this time series of a brightly floodlit tree, showing how the leaves closest to the floodlight were the last to fall:


Update 3: A new paper shows that light is associated with a one week earlier budburst date in some species, and that this probably isn't an urban heat island effect (read it open access here). John Bennie has also published an open access paper about the potential effects of light on plants.

Posted by Christopher Kyba at 1:15 PM No comments:

This Christmas, help every star shine a bit brighter

December 2 is Giving Tuesday, and the IDA board of directors has pledged to match the first $5,000 donations that come in today. I wanted to take a moment to encourage you to consider making a donation.

The International Dark-Sky Association (IDA) works together with communities, institutions, parks, and lighting designers to improve lighting worldwide. The IDA does this in a number of ways:
The IDA is largely a member-funded organization, and it needs your help to continue this work. The best way for you to help is to become a member, but you can also help out by making a one-time donation. A donation in another person's name is a great stocking stuffer!

Better lighting doesn't only help keep the stars in the sky, it can also improve visibility and is more efficient. That means lower electricity bills for cities (lower taxes!), and reduced need for electricity production in the night (when solar plants can't operate). Bringing back the stars is a win for everyone! 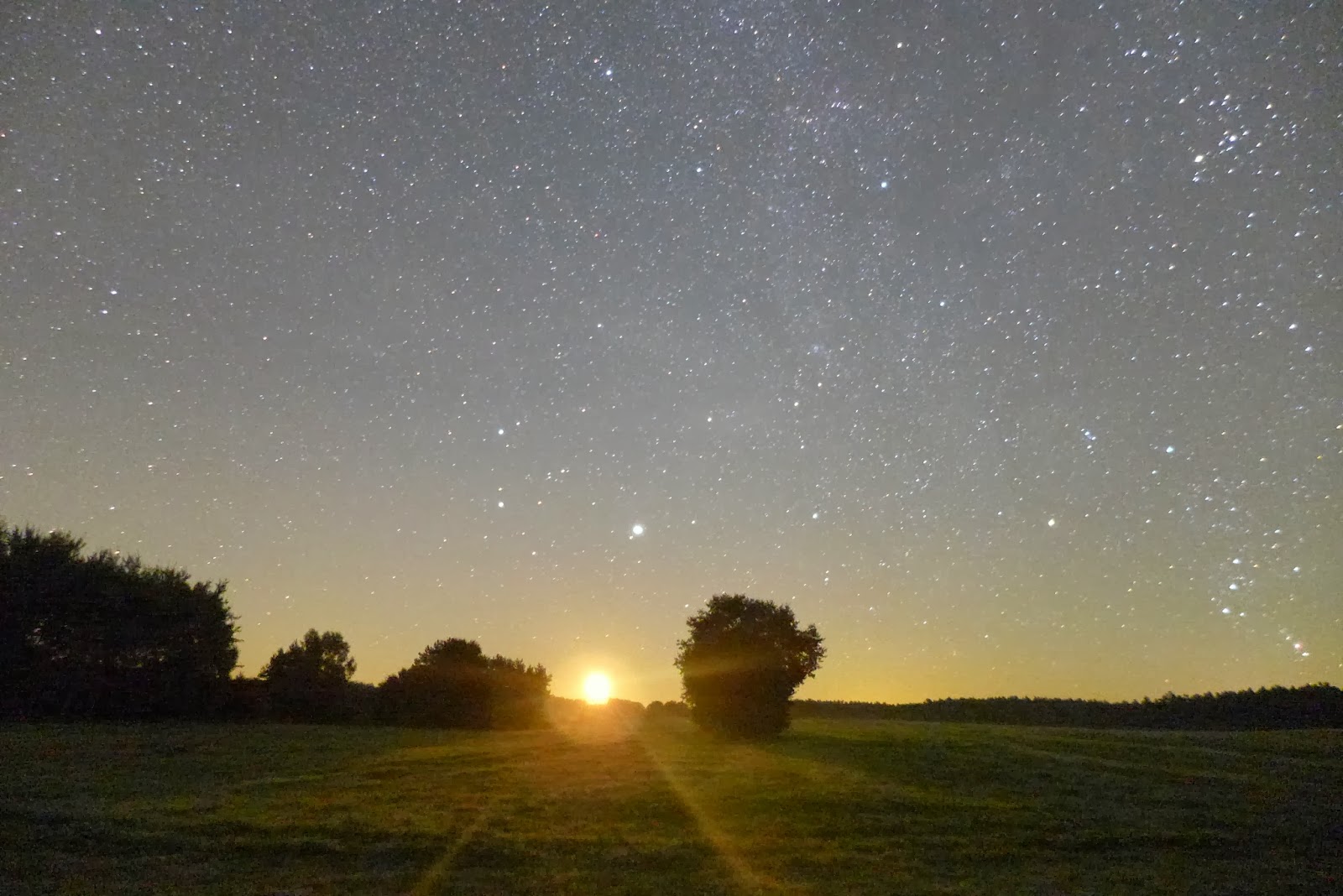 Full disclosure: I am a member of the IDA board of directors. That means I'm literally asking you to take my money today!
Posted by Christopher Kyba at 1:17 PM No comments:

Data not yet appearing on GLOBE at Night maps

We haven't yet updated the scripts that process Loss of the Night app data for the new data format that is produced by the new version of the app. Because of this, your observations might not appear on the GLOBE at Night map. You can check if your data was sent on the "User Data" page under "My Measurements". If it says "successfully sent", then we should have your data.

I will try to remember to post when we have new scripts up and running to generate the points for the map. Sorry for the inconvenience!
Posted by Christopher Kyba at 2:09 AM No comments: