I've been browsing the incoming Loss of the Night app data, and I wanted to share the details of a recently submitted observation.

One of the things that we changed in the new version of the Loss of the Night app (iOS, Android) was to give users more options to describe what stars look like. The original app had three options: visible, not visible, and unsure. In the new version*, we now ask users to distinguish whether the star is "clearly" or "barely" visible, and added a new option, "visible only with averted vision".

If you've used the app outside, you've probably noticed that sometimes you can't see a star when you look directly at it, but when you look off to the side it appears. This is because the very center of your eye is packed with color sensing cones for vision in daytime, rather than the rods we use to see at night. The cones aren't sensitive enough to see the star, but if you look just off to the side, your eye has enough rods to let you see it. 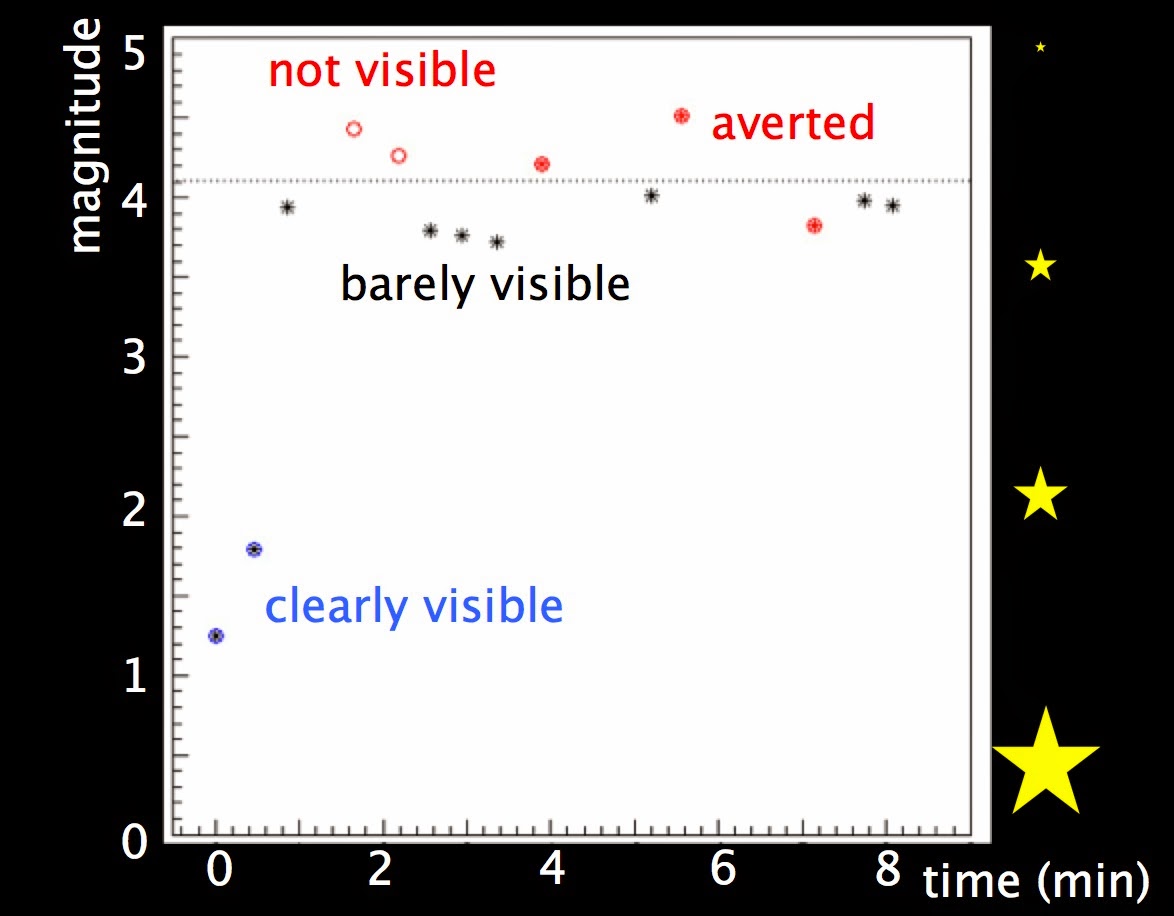 The other thing the image shows is how the app now focuses much more carefully on stars close to the limiting magnitude. Compare the stars Matt was asked to see with older data from the original app version below: 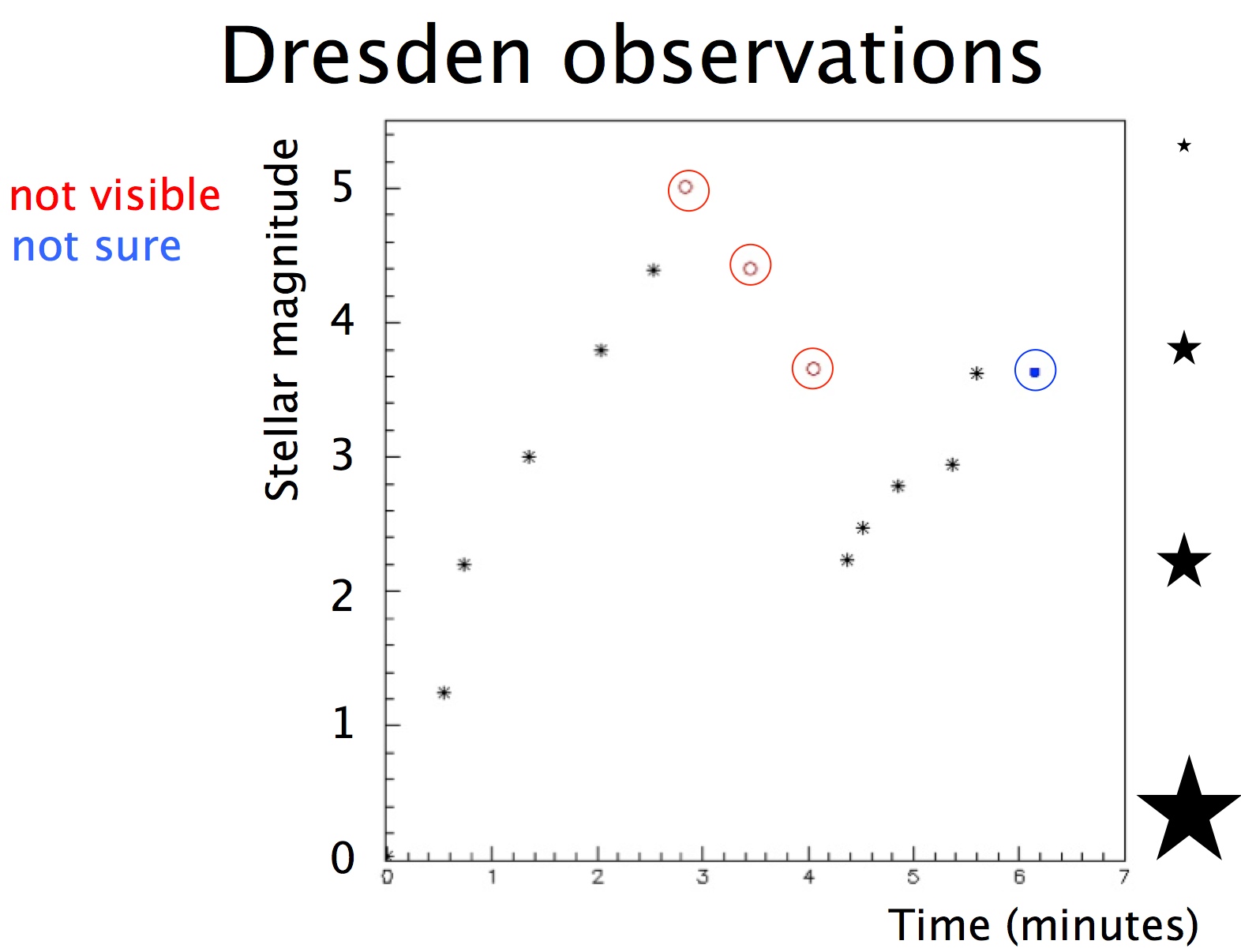 The older version of the app was much less aggressive about testing stars near the limiting magnitude. We expect that by staying closer to the limit, user observations will be more accurate. When an observer makes a mistake (it happens!), the range over which the app tests grows in response. When you finish your observation, the app will let you know how accurate your measurement was. If you use the app over time, you can see if your accuracy improves as you get more practice!

* I'd like to acknowledge this recent paper by Andrew Crumey as the inspiration for us to move from 3 possible classifications to 5. In case you don't have access, a preprint is also available.
Posted by Christopher Kyba at 5:55 AM