Astrophysicist denied entry into the USA, may not be able to attend a job interview

I am Canadian, and for the last 14 years I've been living and working abroad. This makes me keenly aware of issues like immigration and dual citizenship (my two children have American-Canadian-German and Canadian-German citizenship). That's why I wanted to share this unfortunate story about a former colleague of mine.


Dr. Marsden is a Canadian astrophysicist who overlapped with me as a graduate student. She has now been denied entry to the USA twice, and is extremely concerned that she won't be able to attend an upcoming job interview.

Dr. Marsden has never done anything wrong. As far as she can tell she is being denied entry because of a misplaced fear that she is planning on staying in the USA illegally. I think it's important that people hear about her story, because poor decision making at borders negatively affects not only the people involved, but also people in the country the border agents are defending. If Dr. Marsden loses out on a chance to work in the USA simply because of an incorrect DHS decision, hundreds of students will miss out on the chance to have her as a mentor.


If you are an American, then please share Dr. Marsden's story with your friends, and also with your representatives in congress. Border agents have an extremely difficult job, and I am sure that they make the correct call about who to let in nearly every time. But there needs to be a way for people denied entry to appeal the decision, and to have their case evaluated by someone in the Department of Homeland Security who doesn't face the time pressures of a border agent. That supervisor should be able to add a note to the file stating that the original decision was incorrect, and that in the supervisor's opinion the person is believed to be very low risk for overstaying their visa.

I am a Canadian, born and raised.  Female, blond hair, blue eyes.


From 2005 until 2011 I was at University A, a classic Ivy league institution, working on a PhD in physics.  As is required, I was on an F-1 student visa provided by the university.  I followed all the rules, did everything by the books.

After my PhD, I went to work for 2 years as a postdoctoral scholar at University B, ranked in the top ten in the world for science impact for the past decade or so.  Again, as is required, I was on a J-1 visiting scholar visa sponsored by the university.  Again I followed the rules to the letter, and left the U.S. within 30 days of the end of my contract and visa.


Within 30 days of leaving the U.S., I flew to San Fransisco for 3 days in order to attend an interview with a very prestigious consulting firm.  Proffering my letter of invitation to interview, I was allowed to enter on a visitor B visa.
About a month after that, I drove back to the U.S. state to gather the rest of my belongings in storage and tie up loose ends (close bank accounts, cell phone accounts, and officially export my car from the U.S. and import my car into Canada, a process that takes weeks and costs hundreds of dollars).  Again I entered on a visitor B visa, was let in no problem, and left well within the allowed time frame.

Then, roughly a month after returning from my second trip to the U.S. since finishing my postdoc (3 months after finishing at university B), I tried to drive to Seattle to visit some friends for 2 days over the winter holidays.  One is in the U.S. Navy, and the other is a lawyer and owns a law firm.  Rather than pick up a phone to validate my story if they were suspicious, I was ridiculed, detained for over 3 hours, denied access to a phone, had my car completely tossed, and was denied entry.  The (third) border agent I dealt with only gave me the reason that she felt I was going to go to California and stay there, with no valid visa.  I was dumbfounded, as there was absolutely no evidence to support this conclusion, and in light of all the steps I'd just taken to clear out of the States and return to reside Canada.

At this point I'd like to mention that for the entire 8 years I was in the U.S., since I had no right to residency there, I maintained my residency in Canada, filed my taxes in both countries each year, and even paid my Canadian MSP medical premiums.

The next morning, I called the border and spoke with a supervisor.  Since I had a job interview scheduled for just over 2 weeks thence, at a U.S. university, I was particularly concerned about money being wasted on plane tickets that I wouldn't be able to use.  It is also highly probable that I will have other interviews at other U.S. universities and institutions in the near future.

The border supervisor suggested attempting again at the land crossing, with more documentation "showing ties" to Canada. Having never had to show any documentation before, it made sense to me to print off all of the documents proving the above facts (imported car at my expense, closed cell account in States, new Canadian phone contract, bank statement showing my Canadian funds - i.e. that I have enough to support myself while in the USA).

I then, as suggested by the supervisor, tried to enter the US again. This time I took a bus, to show that I had a return ticket, and also because the fact that I had had my car seemed to be part of why they were suspicious of me the first time. I was hoping I would encounter a border official who would see the sense in what I was saying.  The logic of it all.  Once again, my intent was to pay a social visit to a Seattle friend for 2 days, but I also wanted to be sure that it would be possible for me to cross the border for my job interview. Instead, I was denied entry for a second time.

This time, I got slightly more information. For one thing, they asked several times if I had a boyfriend in the States. I said no (which is the truth; also, logically, if that was my game, I had 8 years to marry someone in the States as well as legitimate offers).  Yet they arbitrarily decided I must have a secret boyfriend I'm lying about, with zero proof.  This system lacks any sort of logic or justice, and there is no appeal process. If the guard wouldn't believe me when I told her how much I weighed (fact: she argued with me about my weight, insisting I must be 15 pounds lighter.  Believe me lady, if I were I would have told you), she would likely have not believed me if I said I was dating someone in Canada.  She's allowed to bar me from entry based on the color of my nail polish.

The border officials essentially said that for me to be able to cross in the future, I would have to show them proof of employment and of a residence. However, if I'm looking for a job, why would I sign a lease? It's more fiscally conservative to stay with my family in Canada. And how can I have a job when I'm looking for a job? It's not as if astrophysics (and more specifically, experimental cosmology) jobs are abundant, in any country. I continue to explore options in Canada and other countries, but would like to be able to go to my interviews in the States.  Ironically, this nation that spent 8 years educating and training me, at its own expense, may now not reap the rewards.


The only thing I can add is that international travel is basically a job requirement as a physicist, and an inability to even visit the United States would be a crippling disadvantage to a career. I hope that the problem can be worked out for Dr. Marsden's next attempt, and that she'll be at the top of her game for her interview! 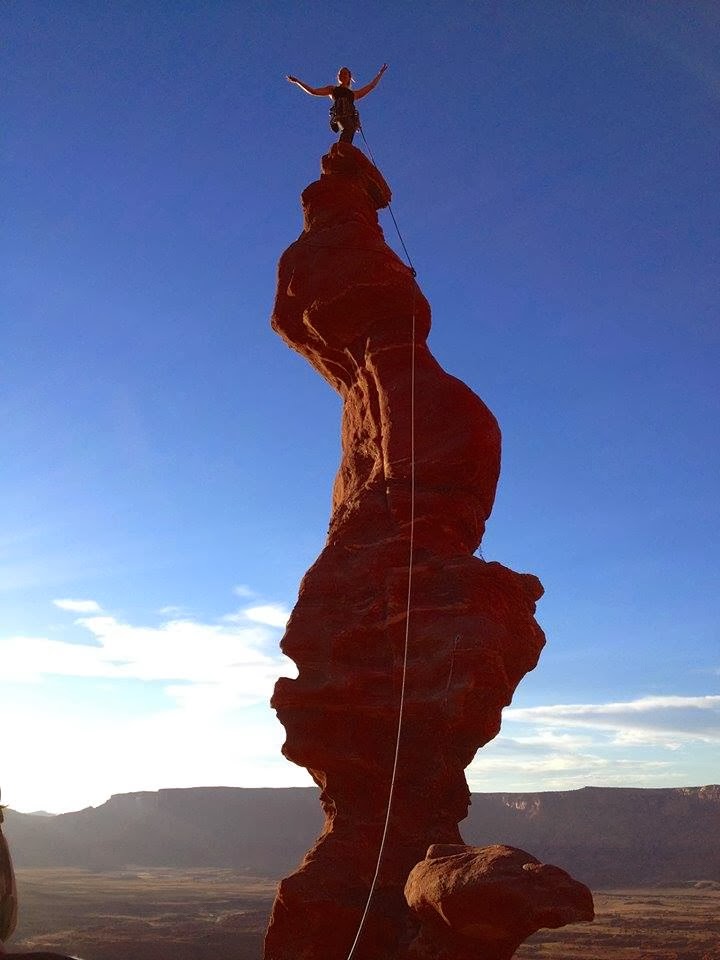 Update: Dr. Marsden made it to her interview, but not without problems.
Posted by Christopher Kyba at 1:05 PM