Which stars are people observing?

The Loss of the Night app works by having people report whether they can see stars or not - but which stars are they looking for? Here are all of the stars that had been searched for up to August 22: 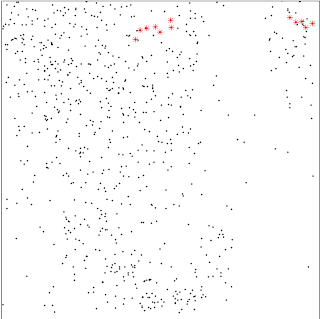 The big dipper and cassiopia are big and colored red, to help your orientation (it's an equal area projection, so it looks kind of weird compared to what you see in the sky). The plot is not filled in evenly, because the app has only been around since April (more about this in a moment).

Our app only asks users to look for the 1601 bright stars that were already part of Google's Sky Map app. But it doesn't ask people to look for each star with the same probability. It always starts with a bright star, and the subsequent selected stars depend on what you can see. Because there are so many more faint stars, some stars are searched for much more frequently than others. Here's a plot showing how often each of the stars has been searched for: 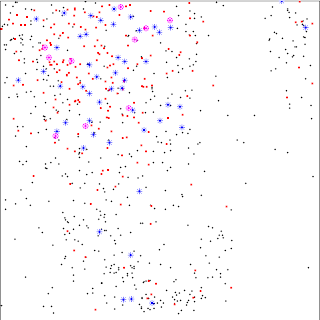 You might also have noticed the big gap of missing stars on the right. That's there because the stars in the sky change throughout the year, as the night side of Earth points in a different direction as the Earth orbits the Sun. Each month when the moon goes down, users will be confronted with a new set of stars, in new positions, and with new magnitudes (brightnesses).

Here are the stars that were searched for at least once during April/May: 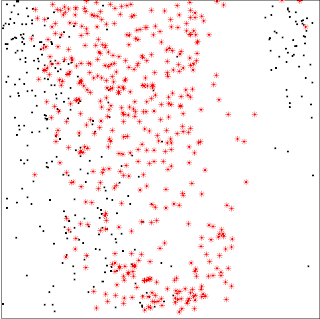 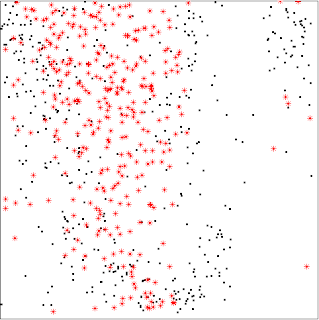 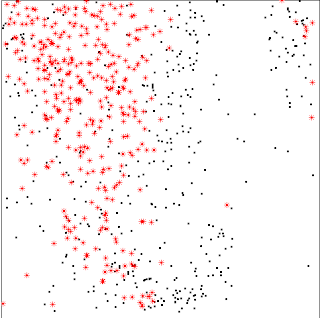 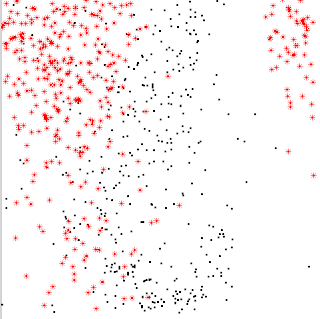 You can see that the searched for stars are marching slowly but surely "left", as the year advances. Very soon, Orion will be a risin', and hopefully many users will tell us whether or not they can still see his stars a blazin' from the middle of Central Park!
Posted by Christopher Kyba at 2:10 PM